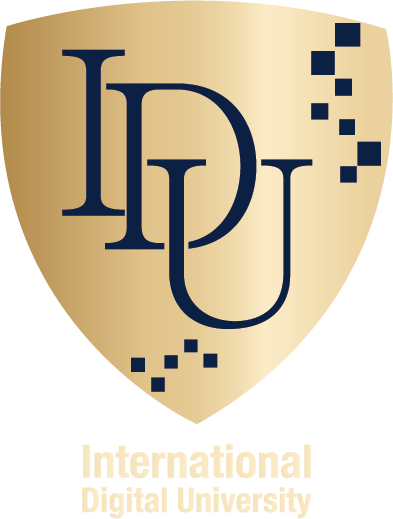 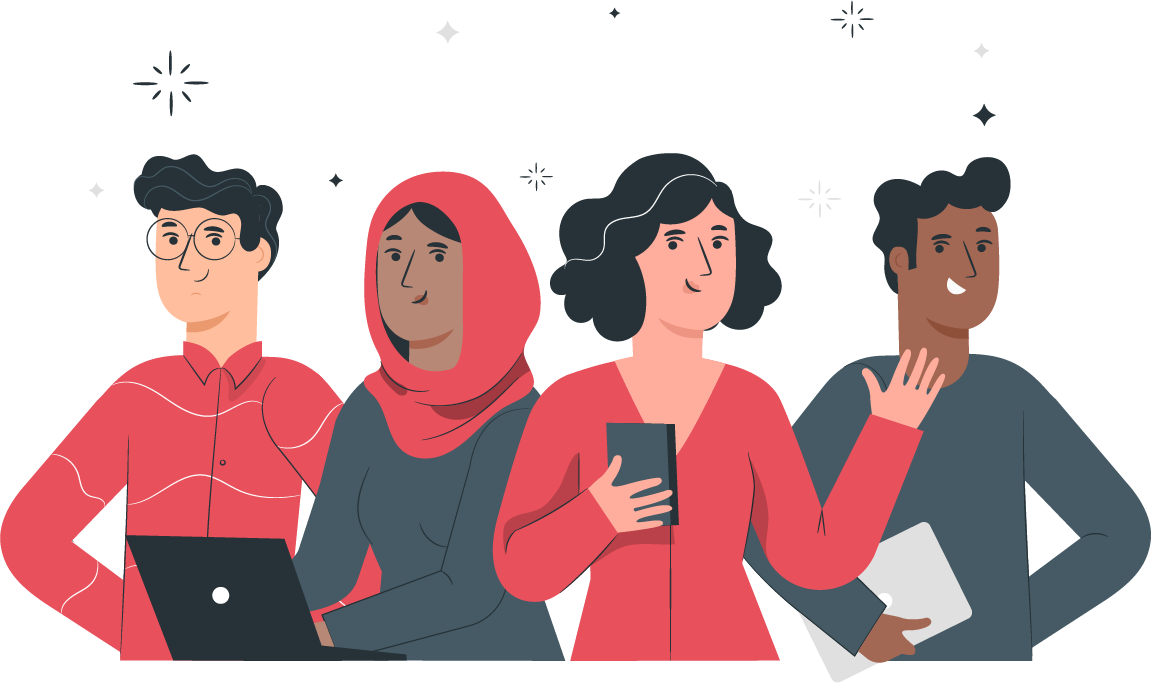 The International Digital University (IDU) aims to provide a world-class education for both under and postgraduate national and international students. IDU adopts blended learning as a primary mode of study where most of the teaching activities are carried out digitally (electronically) and only few activities are face-to-face. This provides flexibility for students and helps them overcome barriers such as time and location. IDU is in partnership with UNINETTUNO University in Italy, which is a pioneer leading institute in the field of digital education.
IDU students will be granted a double degree where they receive an Egyptian certificate and another Italian certificate from UNINETTUNO University. This will help them receive recognition from different national and international employers. IDU is also currently considering more collaboration options with relevant reputable international universities. Digital Education can be the smart solution for many students. One of these problems is the huge number of students in higher education phase who cannot find a decent opportunity in a traditional university. Also, digital/blended education decreases the financial constraints on students since the fees are much less. This is in addition to minimizing travel and day-to-day expenses for students. Digital/blended education can be the mode of choice for working students (under and post-graduates) who have time constraints and also those who need to overcome geographical barriers. Egypt has shown a lot of care for people with special needs and has exerted efforts and spent money to include them in society in different ways and provide them with their rights that include education. IDU can be of sound help in such a context where inclusivity of students with special needs can be achieved. This includes those with visual and hearing impairments in addition to dyslexic and autistic learners, those with writing disabilities and other cases. This will be carried out using specialized applications for each kind of learning disabilities.

The International Digital University (IDU) is a step towards a future where access to knowledge is democratized to everyone regardless of borders. IDU is committed to innovation and to providing ways for overcoming common higher education challenges in this era such as distance and time, thus serving more knowledge seekers. It can also be a way of bringing people from different cultures together and dissolving conflicts.
The International Digital University houses elite graduate and post-graduate programs in various fields . IDU aims to be one of the leading educational institutes worldwide recognized for its leadership and excellence in teaching and research. It also aims to provide students with knowledge and skills that enable them to achieve their professional and personal goals and to better serve their community. IDU also offers educational services and support for other universities and educational institutes to help them stay up-to-date with modern educational technologies.
In IDU, excellence is a tradition and innovation is the way. IDU adopts and insists on maintaining values such as honesty and integrity. In IDU, achievements are borderless, and serving the community is a priority. 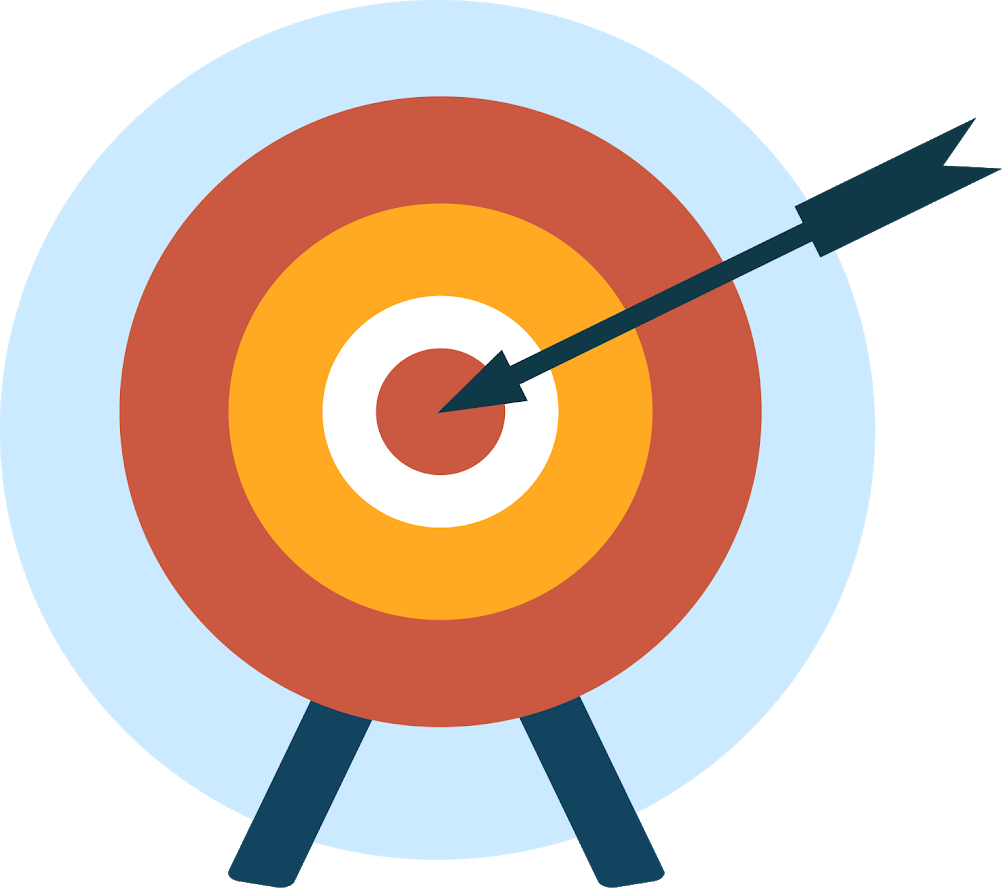 Prof. Hossam Badrawi, a prominent physician and a well known politician in Egypt, Member of the board of trustees of the Bibliotheca Alexandria, a professor in Faculty of Medicine, Cairo University.He chaired the Education Committee in the Egyptian Parliament from the year 2000 to 2005 where he put the basics of Education reform in the country. He chaired the OB/GYN department in Cairo University and served as a board member of the first National Council of Human Rights in Egypt. He earned a BS with honors from Kasr el-Aini School of Medicine in 1974 and received his doctorate degree from the same University and from Wayne State University in Detroit, Michigan. He had his doctorate degree in Scanning Electron Microscopy , on human endometrium ,then graduate studies in Northwest University in Chicago, and later on from Boston University, Boston, USA in Education Reform. He published 120 scientific papers and 7 books in his specialty and in education . Prof. Badrawi's last publication is a book called "At the Café of Dreamers of tomorrow"2020. Dr Badrawi received in 2007 an honorary PhD. in science from Sunderland University in the UK and an honorary fellowship from Cardiff Metropolitan University Wales, UK in 2014. Prof. Badrawi during his term as chairman of the education committee in the Egyptian Parliament , was considered the leader of science & education reform in Egypt. He introduced the concept of quality assurance in education and worked the legislation of accreditation in the country 2002. He continued his efforts via public , non for profit initiatives in Education till date. Professor Badrawi is co-founder of Arab Parliamentarians Against Corruption and he also chaired the Parliamentary Network on the World Bank from 2003 to 2006 .He initiated and the honorary chair the National Egyptian Competitive Council and Badrawi Foundation for Education and Development . *Badrawi is a trailblazer of private health care sector with his distinguished vision for health care financing, management and provision. Along with his family he established the Nile Badrawi private Hospital in 1985 and the first HMO in Egypt in 1989 MEMedicare insurance Co. Besides his academic and political career, professor Badrawi is an active member in a number of leading NGO’s in Egypt, as he is an advocate of youth, women and children rights.
An Egyptian expert in Quality Assurance and Accreditation in Higher Education and a professor Emeritus of Paediatrics at Cairo University. At the International level; Prof. Badrawi is a Board Member of: The Advisory Council of the CHEA International Quality Group (CIQG) and the Global Paediatrics Education Consortium (GPEC) and she served three terms in the board of INQAAHE. At the Regional level; Prof. Badrawi is the main founder and currently the president of the Arab Network for Quality Assurance in Higher Education (ANQAHE). She disseminated the culture of Quality Assurance in Higher Education at Regional and National levels. At the National level; Prof. Badrawi is a board member of Medical Sector Committee for Planning and Development and she is chairing the reform of Medical education committee for undergraduate and foundation years at the Supreme Council of Egyptian Universities. She was one of the main founders to establish and develop the National Quality Assurance Authority in Education in Egypt. Prof. Badrawi was the chairperson of the Paediatrics Department Cairo University, 2006-2007.
Dr. Amr Abouelezz is a professor of orthodontics with a long experience in Higher Education. His higher Education experience involves experience in teaching, research, quality assurance in higher education, University leadership as well as cross border education. He is a Professor in Cairo University and has held positions of Vice Deanship for education and student affairs as well as Vice Deanship for post graduate education and research and finally held the position of Dean of the Faculty of Dentistry in Cairo University. He currently holds the position of Secretary General of the sector of Dentistry for Supreme Council of Universities which involves working on improvement of Education and research in dental schools in Egypt. He has a track record of developing numerous policies and by-laws that changed long standing systems of education and university governance. In addition to his Doctorate degree in Orthodontics, Professor Abouelezz received his Masters degree in Education in Healthcare from Maastricht University and Suez Canal University. He completed a one semester course by the IIEP and UNESCO for external quality assurance options for higher education managers. He has worked extensively in the field of quality assurance in Higher Education as an expert, consultant and peer reviewer. He is an accomplished researcher in the field of Orthodontics. Professor Abouelezz has a long experience in developing healthcare initiatives within university settings based on community needs. He is credited for establishing the first 24 hour emergency dental and maxillofacial emergency unit. Moreover he established the first unit of dentistry for special needs patients as well as a cleft lip and palate unit. During his Deanship, he established the first Dental University Hospital in Egypt and is now working to support all dental schools to follow suit in establishing dental university hospitals as part of a vision for a new, more comprehensive dental health care delivery system in Egypt. As part of this vision, he is also working on augmentation of prevention component in dental curricula in Egypt as well as collaborative projects with the Ministry of Health and Kiel University in Germany in hopes to teach dentists in Egypt as well the population the concepts of Dental Prevention.